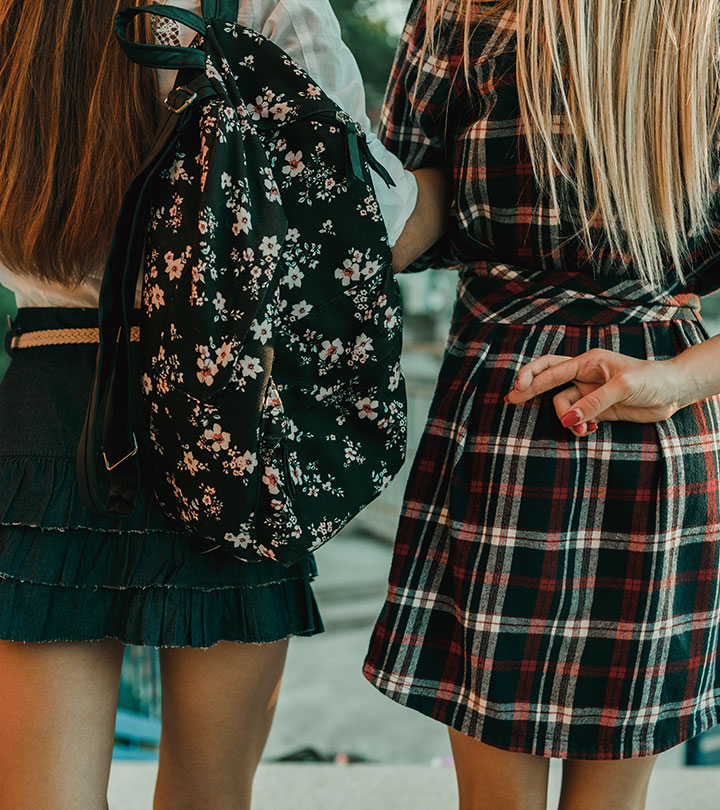 Marked by adolescence, teenage children feel the need for more freedom and independence from their parents. The temptations and peer pressure can affect their behavior. All these may prompt your teen to lie, especially when the parents are too controlling.

However, teens’ behavior is also greatly influenced by the type of parenting they receive. Therefore, it is important to talk to your child and make them comfortable to open up while maintaining authority as parents.

In this post, we will let you know about teens lying, including the signs and ways to deal with it.

What Are The Signs Of A Lying Teenager?

The signs of lying are quite obvious, and it does not require an expert to spot a lying teenager. Some signs that can help you know if your child is lying include (1) (2):

Note: Children manifesting such behavior may not necessarily indicate them lying. People also tend to show such signs when they wish to conceal their emotions or when they want to avoid interaction, especially in the case of introverts.

What Are The Consequences For A Lying Teenager?

Lying can become a problematic behavior with consequences that your teen may fail to understand. These can include:

How To Deal With A Lying Teenager?

You may try parenting methods to discipline your teen and deal with their lying (3).

Your teen’s frequent lying can be frustrating at times. But as parents, you need to stay calm and be mindful of your teen’s behavior, as lying may not necessarily be due to their need for freedom or typical teenage problems. It may also indicate underlying depression or other mental health issues. Hence, you need to establish a strong relationship with your children by maintaining good communication with them.

MomJunction’s articles are written after analyzing the research works of expert authors and institutions. Our references consist of resources established by authorities in their respective fields. You can learn more about the authenticity of the information we present in our editorial policy.
The following two tabs change content below.

Aneesha holds a Bachelor’s degree in Biotechnology from USTM, Meghalaya and Master’s degree in Applied Microbiology from VIT, Vellore. She has worked on different research projects in the field of Food Sciences. In addition, she has an internship experience in Oil India Limited as an R&D project trainee. As a writer at MomJunction, Aneesha ensures her content is engaging and… more
This article was originally published by Momjunction.com. Read the original article here.
Share on Facebook
Share on Twitter
Share on Pinterest
Share on LinkedIn