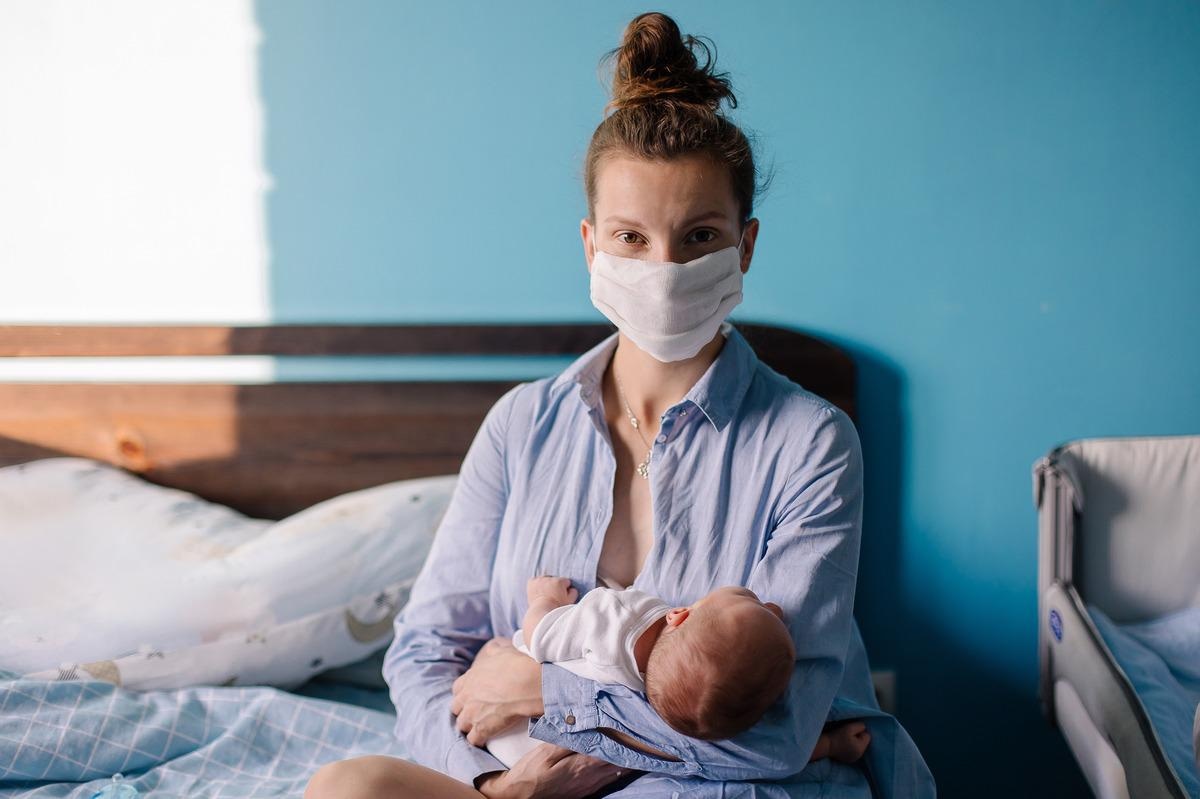 In the current phase of the coronavirus disease 2019 (COVID-19) pandemic, a new study, published in the Journal of Pediatrics and Child Health, shows that the infection is not typically transferred to newborns from infected mothers, and if such transmission occurs, the resulting disease is usually mild.

This knowledge could help shape better practices in such settings to ensure optimal mother and baby welfare during and after childbirth.

The severe acute respiratory syndrome coronavirus 2 (SARS-CoV-2) was first identified in Wuhan, China, in 2019, but thereafter spread like wildfire over the whole world, causing approximately 6.2 million deaths as of April 2022. The virus spreads rapidly, via respiratory aerosols and droplets, directly as well as by fomites.

Both asymptomatic and symptomatic cases can shed the virus, which begins to appear in respiratory and other secretions 1-3 days before symptom onset, peaking at 3 days from the earliest symptoms and lasting for about 8 days from symptom onset. About one fifth of symptomatic patients become severely ill.

Pregnant women are less likely to be symptomatic when infected, but those with high-risk factors such as increased body mass index, co-existing illnesses (especially diabetes or hypertension), and those of relatively advanced age, are at risk for severe illness following infection.

Earlier reports have shown that severe COVID-19 is more likely in Asian and Black individuals. The current study attempts to fill in some gaps in the area of neonatal COVID-19 by examining both the incidence of infection in this group and the extent of disease severity.

The study included over 120 mothers who were confirmed to have COVID-19 at hospital admission or within 24 hours of admission. Almost all were healthy pregnant women, with a mean age of ~29 years. All babies were separated from their mothers at birth and admitted to a neonatal intensive care unit (NICU).

Slightly more than half the infected women were mildly symptomatic, with mild respiratory distress. Just over one tenth had severe pneumonia. In contrast, over one in three were asymptomatic.

One of the babies born to the mothers in this study tested positive for the virus, developed severe respiratory distress and required intubation. However, there were 11 babies who were referred from other hospitals with confirmed SARS-CoV-2 infection.

Of these, two had severe respiratory distress with pneumonia, while two were asymptomatic. The rest had mild symptoms. Interestingly, the duration of virus shedding (as shown by test positivity) did not correlate with symptom severity.

Relative neutropenia was seen in most of the infected babies, but no other abnormalities were detected related to the infection. Liver and renal function tests were normal in all cases.

The results of this study show that a minority of pregnant women with SARS-CoV-2 infection, just over one in ten, had severe COVID-19 pneumonia. There were no fatalities in this small study. The scientists point out that this does not support the commonly reported statement that pregnancy is a high-risk condition for adverse outcomes following COVID-19.

Some other studies have shown that the mortality rate was high in infected pregnant women, but in this study, one in three pregnant women had an asymptomatic infection, while most of the rest had mild symptoms.

Moreover, all babies born to the infected pregnant mothers were tested and found to be negative for the infection, except for one. This seems to indicate a low probability of vertical transmission and corroborates earlier recommendations that support the safety of breastfeeding even when the mother is infected.

Of babies referred with the infection, however, two of the 11 babies showed severe COVID-19 pneumonia. All the babies, both born to the mothers in the study and referred to the NICU, survived and were discharged with no further treatment, indicating that neonates typically have an uneventful course following infection.

The presence of viral nucleic acid continued for varying periods, unrelated to the severity of illness in the infant.

Asymptomatic infection was inferred from the presence of antibodies to the virus in two babies. This could not be the result of maternal antibody transfer, since this occurs to a very small degree with third-trimester infection.

With such findings, there appears to be no need to separate infants from their mothers soon after birth due to the presence of SARS-CoV-2 infection. This separation would affect the establishment of bonding and of successful breastfeeding, among other effects.

Parental methods to help toddlers sleep are related to the development of a child’s temperament
These twins were born from embryos frozen in 1992—that’s over 30 years ago!
New Ways Of Using Egg Trays You Can Easily Repeat
Maternal obesity during pregnancy causes metabolic perturbations in offspring’s liver and skeletal muscle
Instagrammer shares easy trick for making stainless steel degreaser spray at home: ‘works like a charm’