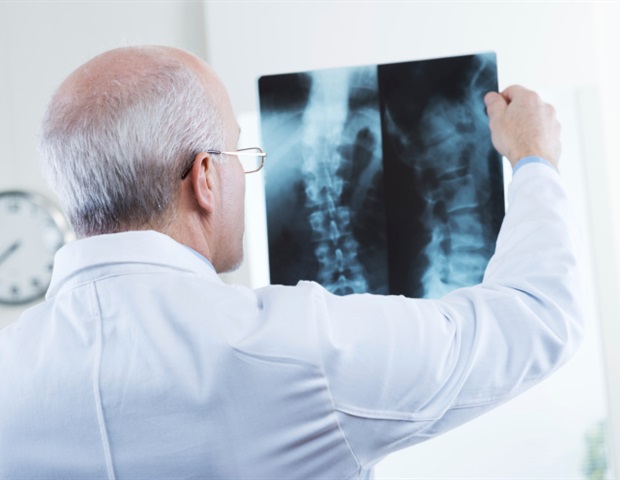 How cells shape complex tissues and organs during embryo development, which makes us what we are, has many mysteries.

New research from the University of Cincinnati has examined one such process which leads to the formation of vertebral column or spinal column. If this process is disrupted, it results in a birth defect called congenital scoliosis, or curvature of the spine. The UC research not only advanced understanding of how complex biological tissues form, but it could also lead to possible treatments for scoliosis in the future.

The research was published in the journal Nature.

We are studying a basic science problem, the formation of the spinal column, the vertebral backbone that we all have. By discovering the core mechanism governing it, we are able to reengineer this mechanism in mutant zebrafish which normally lack that process.”

Ertuğrul Özbudak, PhD, professor in the Department of Pediatrics at the UC College of Medicine’s Division of Developmental Biology as well as Cincinnati Children’s Hospital Medical Center and lead author on the study

“As humans, we all pass through that knife-cutting process thanks to clock genes that express like blades,” says Özbudak. “There is a biological clock controlling this. Each time that clock ticks, the knife comes down and then separates the disc precursors, somites, from the others that will form later on.

“Some genes are part of this clock. When they are mutated, it results in scoliosis because there is no longer a knife that is cutting,” he adds. “By discovering this unknown hierarchy and imitating it with pharmaceutical drugs, we are able to now restore and reengineer that missing segmentation in the mutants which miss the molecular clock.”

Özbudak says the four UC students worked on the project and all contributed in different ways, bringing different skills and talents to the research. Chandel Angad Singh, a second-year doctoral student in the systems physiology graduate program, engineered a genetically modified animal model while Didar Saparov, a third-year doctoral student in the molecular and developmental biology graduate program at Cincinnati Children’s Hospital, conducted experiments with pharmaceutical drugs. Oriana Zinani, now a doctoral graduate from the molecular and developmental biologyB program, verified the precision of a genetic reporter fish for the molecular clock. Nick Clason, as an undergraduate co-op intern from the computer science department, contributed to the molecular simulations involved in the study.

“They had different backgrounds as undergraduates and they all did research in my lab,” Özbudak says of the students. “They formed a nice multidisciplinary team. In their bachelor’s degree [studies] Didar, Angad and Oriana majored in physics, biomedical engineering and biology, respectively. The team is led by Dr. Muhammed Simsek, a senior postdoctoral fellow in my lab at Cincinnati Children’s Hospital.”

Özbudak says the publication of the research has triggered positive responses from other scientists internationally.

“They are finding this study important and paradigm-shifting. We are hoping it will energize not only our lab members working on this project, but also several labs across the globe,” he says. “In a globalized society, hopefully everyone else will pitch in as well, and researchers from different countries and different universities will take these results and push them forward.

“Collectively, we will have a better understanding of why certain mutations cause diseases and we’ll understand the mechanisms behind it which will one day be helpful in curing congenital scoliosis.”

Retinol When Breastfeeding: Safety & Alternatives
STYLE & BEAUTY | How To Contour!
Brilliant DIYs And Crafts For Your Backyard
FPIES in Babies: Symptoms, Causes And Treatment
15 Ways To Discipline A Toddler Without Hitting Or Yelling